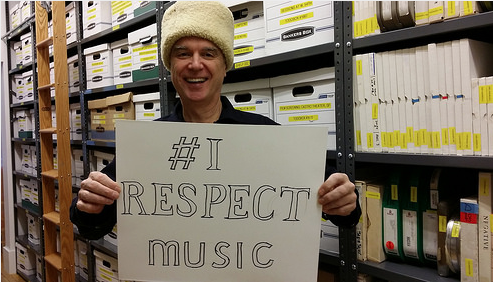 I’ve been getting together in the last few months with a small group of musicians and writers who are concerned that there is no organization to represent us on many of the issues that affect us. More on that later. One issue that has been discussed recently is the payment of performance royalties on commercial radio broadcasts in the U.S.When many of us think of the song “Respect,” we think of Aretha Franklin. Many people are shocked to learn that Aretha never made a penny from all the radio broadcasts of her performance of R-E-S-P-E-C-T (this is because she wasn’t the composer.) It’s true—many musicians receive little compensation or struggle to pay bills despite having widely-aired recordings. Executive Director of The Jazz Foundation, Wendy Oxenhorn, recently released an eye-opening statement explaining why performance royalties on radio broadcasts are so vital:

For nearly 14 years, I’ve been working to save jazz and blues musicians from eviction, homelessness and hunger. On a daily basis, legends who recorded with Billie Holiday, Duke Ellington, Chet Baker, Miles Davis are having to be saved. Even the legends themselves; including Odetta, Abbey Lincoln, Hank Jones, Elvin Jones, Ruth Brown, Etta James and so many others have been touched by the Jazz Foundation of America. Had there been radio royalties all these years, I can guarantee that many of the crises these great talents have had to face in their old age would never have had to exist.

With its denial of a Performance Royalty to artists, the U.S. stands with a short list of countries that includes: Iran, North Korea, China, Vietnam, and Rwanda. Most other countries in the world pay out at least small amounts to performers for the use of their performances of songs on radio—a use that makes up the content of their broadcasts. To clarify, songwriters and publishers of songs do get paid a little bit, but there is nothing allotted for the folks who record and sing the versions of songs that we hear all the time and whose recordings are used to sell advertising on commercial radio.

The failure to pay artists’ performance royalties in the U.S. means more than just the loss of U.S. radio royalty income for performers—there is also the lack of reciprocity to factor in. The U.S. doesn’t pay performance royalties to foreign artists either. These royalties are often collected by foreign organizations based on the airplay we get in much of the rest of the world, but that money never makes it back to us because foreign artists aren’t getting paid for their U.S. airplay. Tit for tat. There’s a LOT of money sitting out there that could help the US economy, not just musicians. So, maybe it’s time for the U.S. to join most of the rest of the world. Some musicians who live here have their songs played on the radio in Europe and some are even big in Japan, but we don’t see anything from that. It’s a pretty silly situation that has existed for decades, and it’s time to correct it.

The momentum behind addressing this issue is approaching critical mass: there is currently a bill supporting artists’ radio royalty sponsored by former Congressman and newly appointed Director of the Federal Housing Finance Agency Mel Watt; Jerry Nadler is sponsoring it here in N.Y. If we act now, we can fix this (see petition below.)

How would this affect music fans? How would it affect broadcast radio?

Music fans wouldn’t be directly affected—it wouldn’t cost them anything. If anything they’d benefit, as some of the artists they like would stand a better chance of having a continuing life in music. How about radio? Public radio and college radio, which run on tight budgets, would not be affected. This is only about commercial broadcast radio—the folks who make money by playing music. Many of those stations are owned by large conglomerates, and we musicians can expect them to hire lobbyists and propagandists to convince the public and congress that somehow, unlike most of the countries in the world that A) musicians can live on the “exposure” their radio play provides and B) these companies won’t be able to make a profit if they are expected to pay a little bit to performers who provide the content that draws listeners.

But, if most of the world can do it, why can’t we?

So our little group thinks this is a clear and simple issue—and definitely winnable. It’s not an issue that is likely to encounter partisan resistance: all political sides pretty much agree on this, and everyone benefits. Even the radio station owners will benefit indirectly, as they rely on the constant and continued creation of recordings to fill their airtime.

If you respect music too, take action with me today. Sign the petition for Artists‘ Pay For Radio Play.